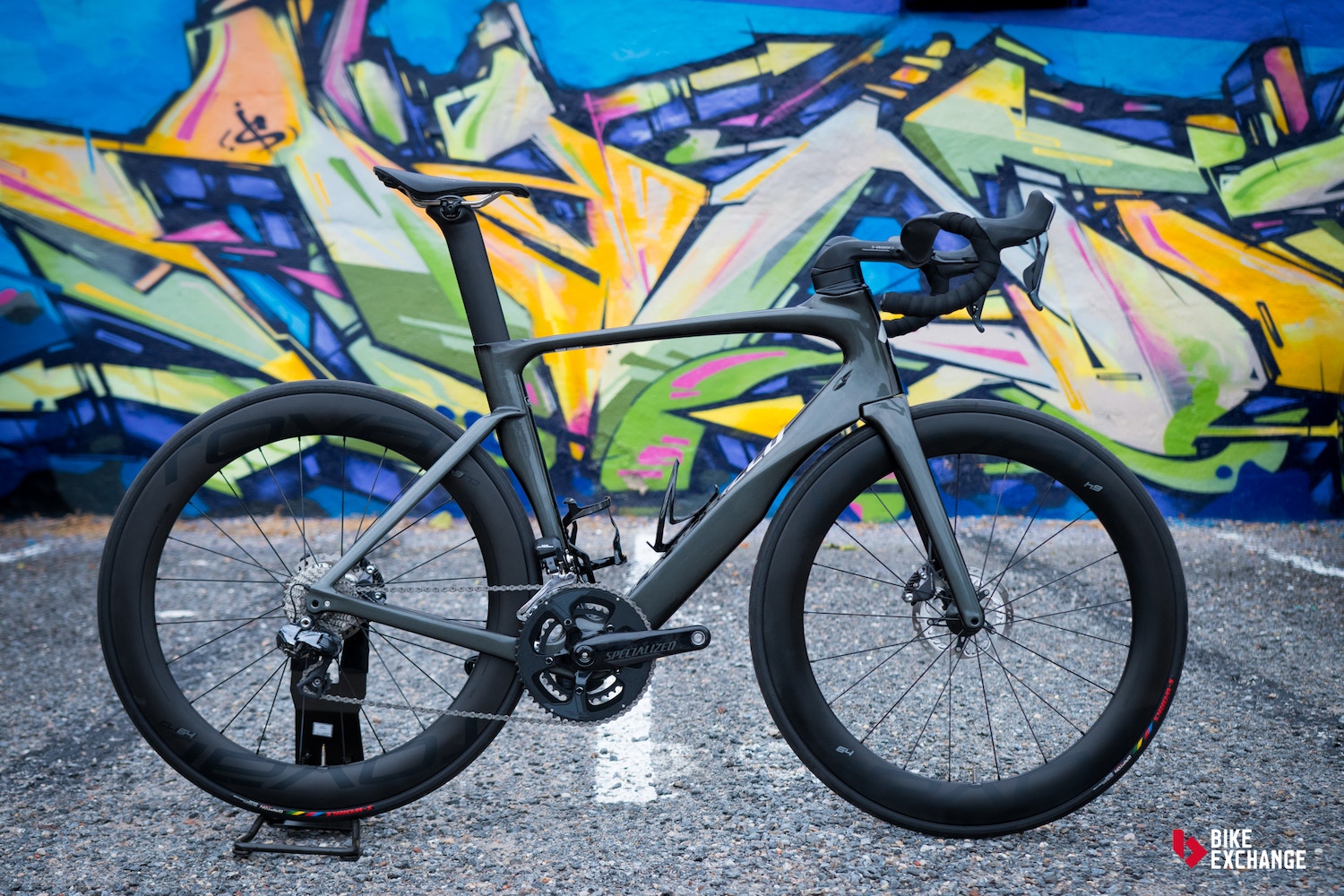 Specialized released details of the new disc-equipped Venge ViAS towards the end of 2016, and we are now starting to see them underneath the pros and shortly, we'll be seeing them on our local roads too. To get you up to speed with what this new bike is all about, and what it means for the snowballing of disc brakes on road bikes movement, here are ten things to know about the Specialized Venge ViAS Disc.

The aim of the Venge

Before we jump into the detail of the disc-equipped Venge ViAS, here's a brief summary of what Specialized were trying to achieve with their new aero bike.

Specialized previously released the second generation Venge with the bold claim that riding their new Venge ViAS and other aero equipment (Evade helmet, Evade GC skinsuit and S-Works 6 shoe) would save 5 minutes over 40 kilometres, when compared to their Tarmac with Roval 40mm carbon wheels and a regular kit ensemble. It was a bold claim that drew plenty of attention, even more so once the unique design was unveiled, with its futuristic cockpit set-up and brake placement. For the record, the bike itself is said to be responsible for two minutes of that saving, the wheels 35 seconds, and the skinsuit, helmet and shoes making up the remaining time.

How it was meant to be

It might surprise some, but the disc version of the second generation Venge was not an after-thought - far from it. When Specialized set about creating a new, more aerodynamic Venge, they did it with disc brakes in mind and their development was solely focused on making the disc-equipped Venge as fast as possible. This was of course when the UCI had shown signs of adopting the use of disc brakes at the professional level, and so manufacturers started developing and producing disc-equipped versions of their top tier race bikes so that when the green light for disc brakes was given, the teams had bikes at the ready.

During the development, it became clear that UCI approval for usage of disc brakes was going to be delayed, and so Specialized had to shift their focus to creating a rim-brake version of the new Venge instead.

As aero as the disc brake version

Behind aerodynamics, the next big question on everyone's lips is seemingly the weight of the Venge ViAS disc versus the rim-brake Venge ViAS. Specialized explain that although the parts of the disc version are heavier than the rim-brake version, the frameset is actually lighter, meaning that there is no weight difference. We weighed a 56cm Venge ViAS disc with Shimano Ultegra Di2, disc-specific Roval 64 CL wheels, complete with bottle cages and a Garmin mount, and as you can see from the picture, it came in at 8.22kg. Specialized pointed out there was plenty of weight that could be saved with the use of a standard cockpit in place of the ViAS (Venge integrated aero system) cockpit which contributes significantly to the weight of the bike.

So far, the Venge disc isn't giving anything up as far as aerodynamics or weight goes to the rim brake version, but an added benefit of disc brakes (in addition to improved braking performance) is the use of thru-axles. Quick release skewers may still be used for some disc equipped bikes, but for the most part, thru-axles are used. Thru-axles aid in more secure wheel hold and improved stiffness, so in addition to aerodynamic performance, the Venge disc improves stiffness slightly when compared to the rim-brake version.

The day before the Tour Down Under officially started, Peter Sagan was enjoying his last training ride on board his custom-painted Specialized ViAS Disc with gold Roval CLX 64 disc-brake wheels. That's right... GOLD! The addition of disc brakes (or subtraction of rim brakes, depending on how you look at it) allowed for the wheels to be painted entirely, which would be impossible and downright dangerous with a rim brake wheelset that requires a brake track. Having the dual world champion ride the new disc Venge is certainly a way to bring it to the forefront of people's minds and get them used to the idea that disc brakes are here to stay. See more of Peter Sagan’s gold Specialized Venge ViAS Disc at CyclingTips.com.

Tom Boonen is another pro to recently show off his new Venge disc bike via Instagram and word from Specialized is that all the pro riders have been given one, so we could see them in action as early as Milan–San Remo (potentially sooner).

The most unique feature of the new Venge ViAS is undoubtedly cockpit set-up. The Aerofly ViAS cockpit features a negative 17-degree stem which Specialized say is the optimal aerodynamic profile. In order to offset this super aggressive position, the standard Aerofly handlebars feature a 25mm rise, giving them the unique wing-like shape. The Aerofly handlebar does come in a 'flat' version with no rise, which Peter Sagan opts for. There are no cables to be seen as they are 100% internal, and due to the unique design, a specific integrated Garmin mount comes with the bike.

Contributing 35 seconds of the Venge packages five-minute saving is the Roval 64 CL disc wheels. It's glaringly obvious how deep these wheels are (64mm to be exact) but it's the width that is the most interesting. A wide rim is anything measured greater than 17mm internally and externally greater than 22mm. The Roval 64 wheels measure 20.7mm internally and 29.9 externally making them extremely wide which results in better aerodynamics and improved comfort through greater tyre air volume. It also affords some creative freedom, which (once again) Peter Sagan's custom bike showed us.

As mentioned the wider rim profile will aid comfort through greater air volume, but another feature providing comfort on the Venge is the power saddle which was created to allow riders to adopt an aggressive position without restricting blood flow to the nether regions. The saddles are distinctively short and wide with a channel cut-out running through the middle, developed after blood flow testing and pressure mapping. 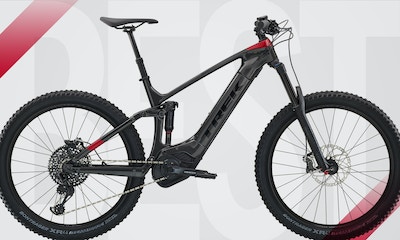 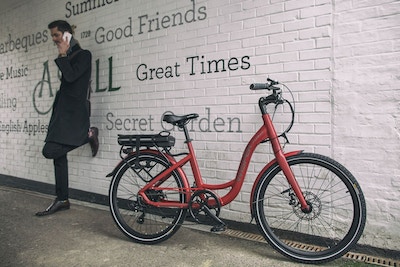 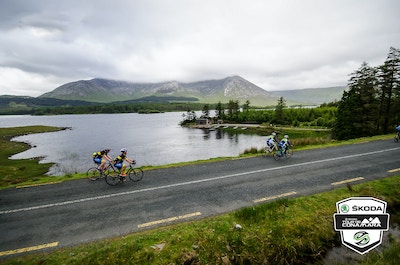