Widely regarded as the king of the aero bike market, Canadian company Cervelo is no stranger to creating wind-cheating steeds. And while Cervelo stood untouchable in the space for many years, recent times have seen the rest of the industry catch up and even overtake Cervelo’s S series of aero bikes.

For 2019, Cervelo has re-entered the drag coefficient arms race, pulling the covers off its all-new S5 and more affordable S3 aero road bikes. For the S5, it’s now disc specific, more compliant and more aero than ever, join us as we take a look at nine things to know about this radically styled wind-cheating steed. 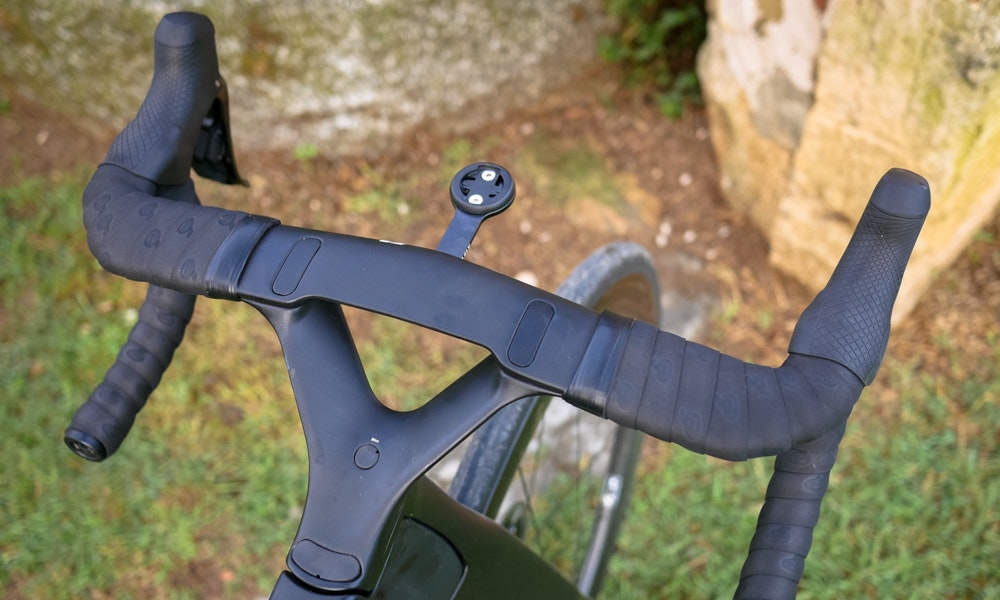 Arguably the most striking aspect of the new S5 is the striking new V-shaped cockpit. Developed in collaboration with 3T, the new two-piece bar and stem is claimed to smooth airflow around the front of the bike and helps to completely hide all cabling.

Additionally, the cockpit is also adjustable, allowing riders to rotated to bars to 0º, 2.5º, or 5º. The stack is also adjustable, with riders able to add or subtract 2.5mm of height. The bars come in widths from 38cm through to 44cm, and in stem lengths from 90mm to 130mm

With the 2019 S series, Cervelo claims to have made gains in stiffness whilst reducing weight. The new headtube design is claimed to be 13% stiffer than its predecessor whilst down below, a beefed-up bottom bracket is claimed to provide an additional 25% of power transferring stiffness.

When it comes to weight, the 2019 S5 is claimed to save 100 grams compared to its predecessor, with a painted 56cm frame tipping the scales at a claimed 975g.

3. Not At The Expense of Comfort 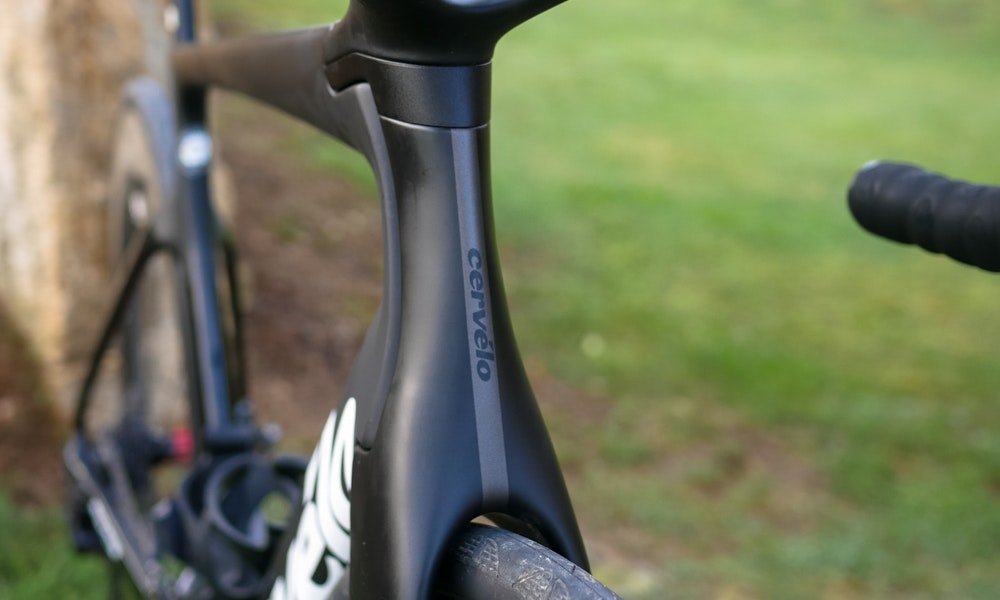 Improved air trickery, higher frame stiffness, and lower weight rarely come with a claim for a smoother ride, but Cervelo makes a point of it. With special carbon lay-up considerations, the new S5 is said to offer compliance that takes the sting out of long days in the saddle.

Fit wise, much of the revised geometry unveiled on the R3 and R5 in 2017 has found its way onto the new S series. Stack and reach figures are more conservative across the size range, aiding in stability and providing a more comfortable fit for the masses. 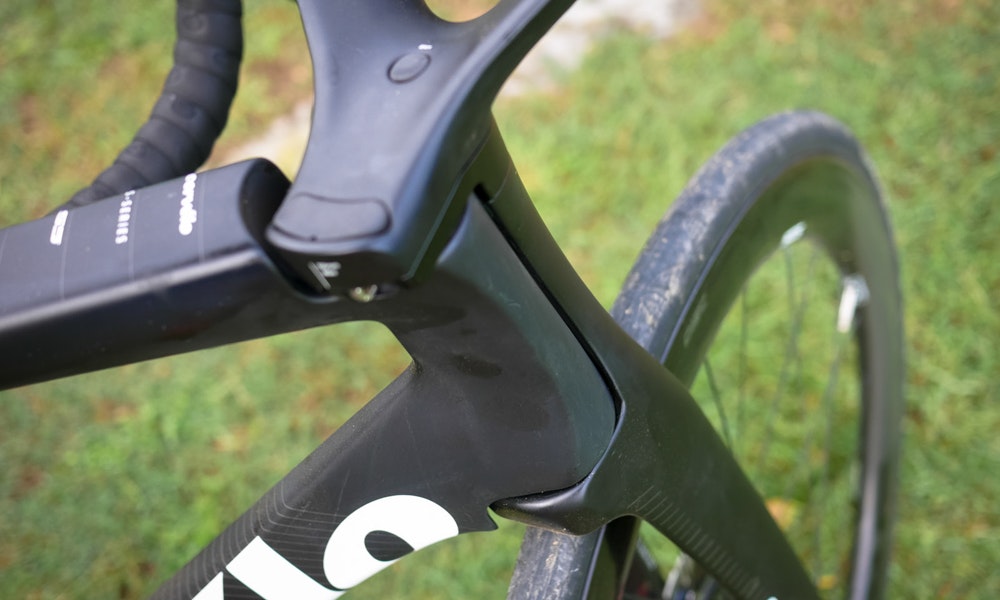 Second to the tyres, Cervelo claims that no other component has as much impact on ride quality than the fork. With the new S5, Cervelo has opted to sandwich the head tube at the top and bottom, with nothing more than a threaded rod inside the head tube to preload the headset bearings. This is claimed to improve the ride quality of the new steed, as well as provide the sleek hourglass shape necessary for the aero gains.

Cervelo says that with no steerer tube inside, the head tube (and the fork itself) can be made narrower and more aerodynamic, whilst the crown area of the fork can be layered differently, increasing stiffness. All of that, and there’s still plenty of space to run a brake hose and mechanical gear cables straight through where a fork steerer tube normally exists.

6. Not Just A Flagship 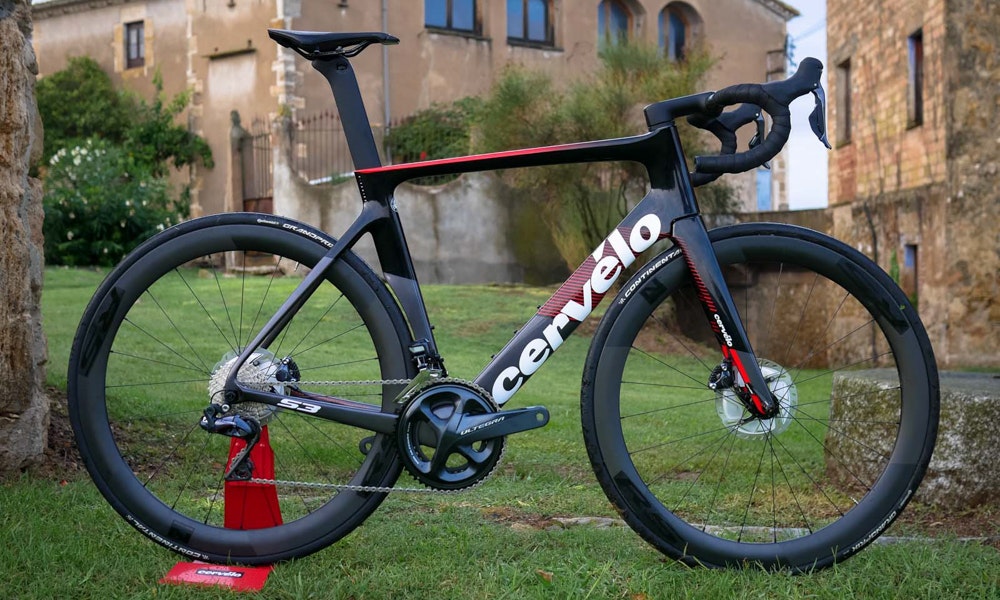 As eluded to previously, the flagship S5 is not the only bike in the ‘S’ series to score an overhaul for 2019, with the workhorse S3 also being updated for the coming year. More aero, lighter and available in both disc and rim brake options, the all-new S3 will undoubtedly be the more popular steed.

Weight for the new model is down to a claimed 1100 grams for the frame, whilst an all-new internally routed cable design is said to provide more than just a sleek new front-end aesthetic.

7. Aero Gains Throughout The Range

Seemingly the case with every new aero bike to hit the market in 2018, Cervelo claims the all-new S5 is the most aerodynamic race bike on the market. They’ve put their money where their mouth is too, releasing a 30-page white paper quantifying the aero gains made.

All up, the new S5 is said to save a rider 42grams of drag, or 5.5 watts, whereas the redesigned S3 disc is said to save a not-so-marginal 13 watts at 40kph. With claims like that, Cervelo claims that riders should expect to feel a tangible difference on the road when compared to its predecessor. 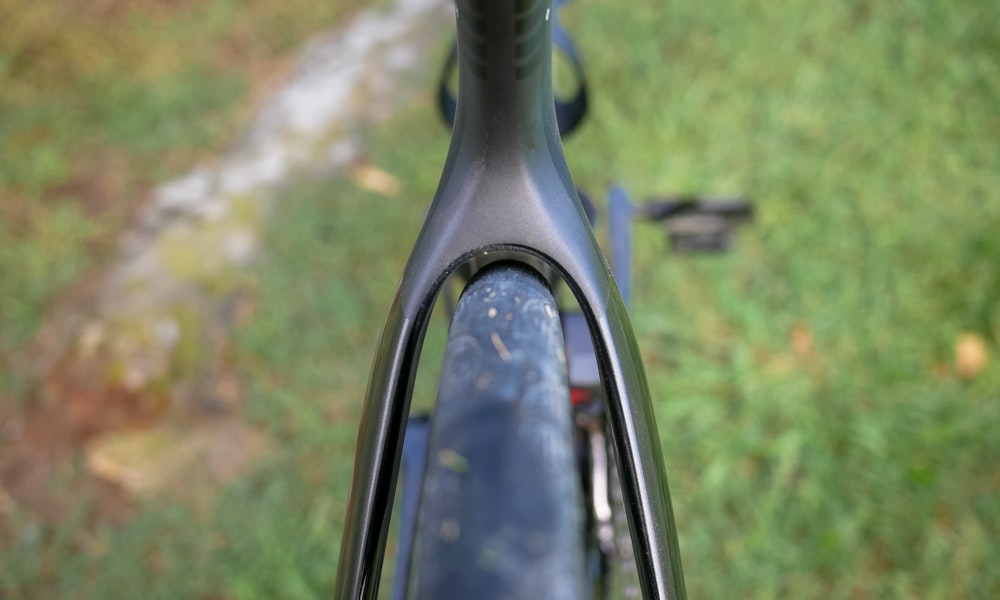 Proving it’s truly a modern race bike, Cervelo says the S5 is able to swallow (much) wider rubber than it’s predecessor. Just how much? Cervelo claims the S5 will swallow 30mm tyres with ease, while the S3 has been optimised for 28mm tyres.

As is the case with the rest of the industry, the flagship S5 will be available as a disc-specific option only. The industry shift to disc-brakes comes as a result of the increased control provided under braking, whilst manufacturers say that the wheels and framesets themselves can be further optimised for aerodynamics when a frame is outfitted with disc brakes.

Disc brakes not for you? Never fear, the S3 is available in both rim brake and disc brake options.