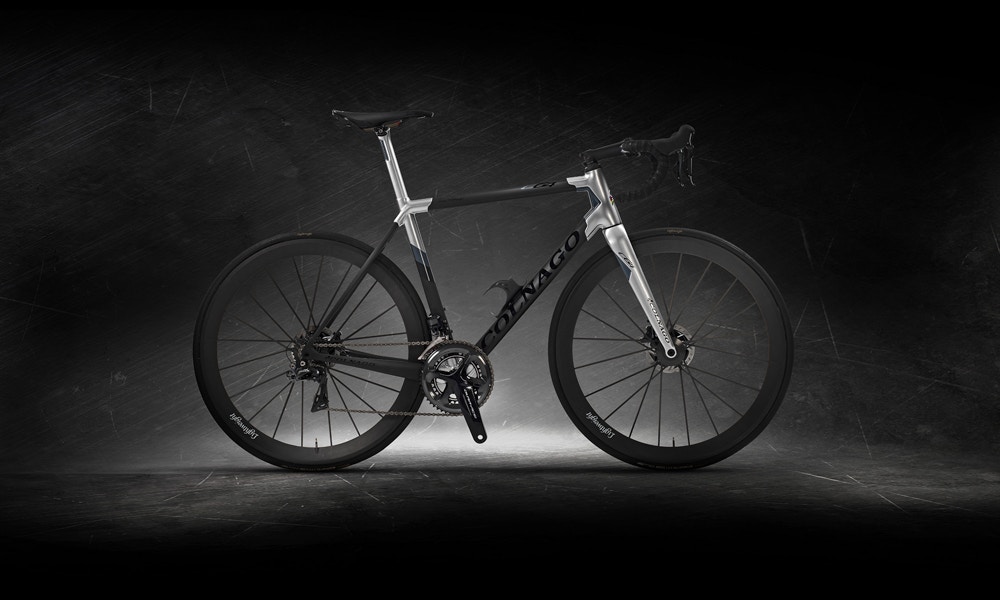 Oozing with classic Italian style, passion, and heritage, Colnago is no stranger to producing high-end bikes that are the envy of the peloton. For 2018 the Italian brand has set about modernising its flagship carbon race bike, the C60, making a number of changes that are set to keep this classically built steed on the cutting edge of industry trends.

So with a number of small improvements made that culminate in a big leap forward and a new name, here are Nine Things to Know about the all-new Colnago C64.

A brand proud of its rich heritage, the naming history of the Italian marques flagship race bike has typically coincided with the company's inception. This tradition remains with the C64 moniker signifying 64 years since the company was founded.

For 2018, Colnago have redesigned the monocoque-constructed fork, integrating a rib-shape which is said to provide the rider more comfort, ride-quality and stiffness. An internal rib has also been integrated into the steerer tube, which also holds the nut for the top cap, eliminating the need for an expander-plug.

The C64 Disc fork will feature flat-mount provisions for the discs and a more voluminous tube shape to allow for integrated cable routing for a cleaner look. The 12x100mm moves to a threaded system with the dropouts now made from carbon fibre. This is said to reduce weight and further aid in stiffness. Colnago claim the new fork weighs just 355 grams whilst an unpainted sized Small frameset is claimed to tip the scales at around 900 grams

One of the most notable changes on the C64 is that the seattube, and its corresponding lug, has moved to a single piece. This is claimed to provide an increase in stiffness whilst keeping the weight low.

Sitting atop the single piece seattube is an all-new seatpost. Featuring a semi truncated shape and a reduced diameter the new seatpost is claimed to offer increased vertical compliance and a marginal aero gain over the traditional round seatpost is replaces.

Tying it all together is a new integrated seat clamp. Set in a co-molded alloy bed, the bottom-pull seat clamp is claimed to provide further locking strength as rider weights increase and saves 15 grams over a standard collar type.

The C64's bottom portion of the downtube has also been refined, narrowing at its base to better match the shape and size of the updated rear triangle. Additionally, subtle aero tweaks have been made to the downtube, now featuring a recessed bottle cage area whilst cable stops for mechanical shifting have been tucked in behind the headtube for a cleaner look.

The headtube lug, along with other key lugs, has also been tweaked with a UD (Uni Directional) carbon lay-up allowing for a reduced thickness and lighter weight.

5. Cockpit Tweaks for a Clean Look

Working in conjunction with the new fork, Colnago has fitted the C64 with a proprietary stem that features a bottom port for brake cables directly into the fork. The stem is said to be compatible with all handlebars on the market.

The headset has also revised, featuring all-new upper cups made of a special polymer composed of carbon fibre, nylon, and elastomers. The new headset is claimed to increase road vibration absorption, improving both handling and rider comfort.

When designing the C64, Colnago have taken modern industry trends into account, now offering increased frame clearance to facilitate the use of wider tyres. Frame clearance has grown to 36.5mm, meaning punters should be able to fit 28mm tyres of their choosing with space to spare.

Brakes are typically the limiting factor when it comes to tyre clearance, with this in mind Colnago have moved to direct-mount brakes, offering better modulation and increased performance. As per usual with disc specific framesets however, Colnago say we can expect a little more tyre clearance on the C64 Disc over its rim brake counterpart. Time will tell, but we're hoping to see space for 30c rubber.

Moving to the bottom bracket and Colnago have integrated the cable guide, moulding it into the carbon lug itself. It's a trick that should help to save a few grams, while potentially improving mechanical shift performance.

Looking to the back of the bottom bracket lug and Colnago have moved to asymmetric insertion of the chainstays. This is claimed to increase stiffness as well as aid in power transfer when putting the power down.

The C64 rear chainstays have moved to one-piece construction, incorporating the rear dropouts into the chainstays themselves. Colnago claim this adds vertical compliance whilst retaining the same lateral stiffness at a reduced weight.

Much like the front fork, the disc-brake frameset moves to threaded 12x142mm thru-axles and features provisions for the flat mount disc brakes. The rim-brake chainstays are also slightly wider than the disc version, Colnago claim this was done to mimic the rear stiffness on the disc model that benefits from increased stiffness thanks to the threaded thru-axles.

A Tradition stretching back to the famous “Master” framesets where Ernesto Colnago took to having framesets individually painted by craftsmen of the airbrush, Art Decor remains. There are two Art Decor finishes available;

Looking to get your dream bike build underway? Check out the range of Road Bike Frames available from leading retailers around the country right here, on BikeExchange 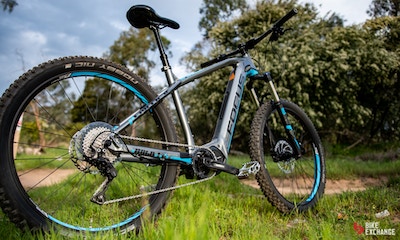