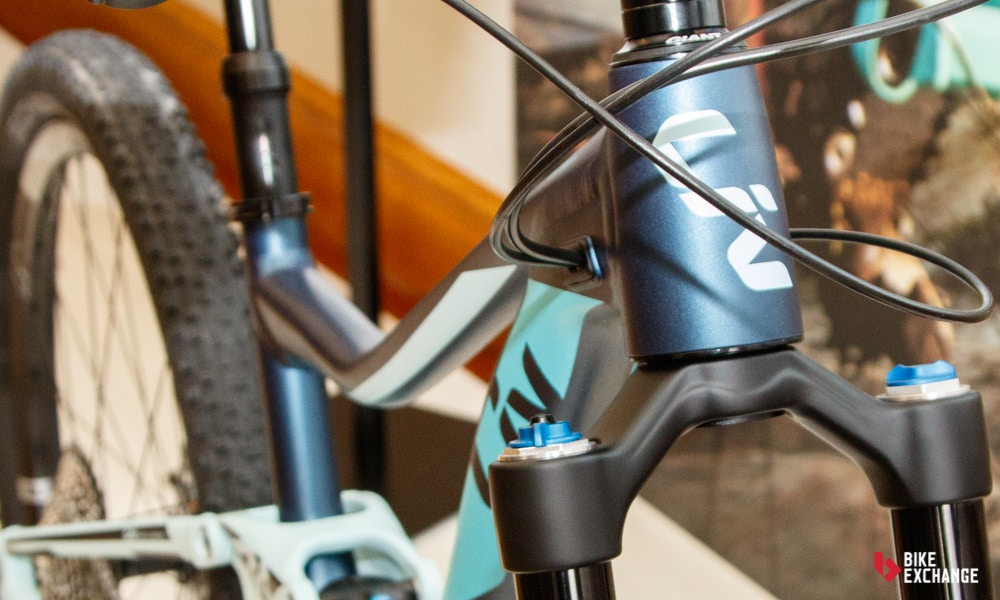 Note this article has come from our sister site, BikeExchange Australia. Please check your local bike shop for latest specs in the UK and Ireland.

Formed just a few years ago, the women’s-specific Liv brand is proving a success. Part of the Giant Bicycles company, Liv now accounts for 11% of the global business and is growing fast.

According to Liv, on average women carry more body weight and hold greater strength lower in the body when compared to the average man. With such findings, Liv state their bikes are most definitely not just smaller men’s bikes or a different lick of paint.

With such a database at hand, Liv bikes feature geometry, material lay-up and components that are all designed with specifically women and a different way of riding a bike in mind. The outcome is something that Liv claims to be a better, more confident ride that also helps to save you money by being ready to ride straight off the shop floor without modification.

For 2017, Liv has plenty to showcase. The disc-equipped Avail Advanced road bikes have received a few minor tweaks, but the biggest news is seen in the expanded mountain bike range – something that arguably was crying out for an update. Here, the long-standing Lust and Intrigue are replaced by the Pique and Hail. There’s plenty to tell.

Below we highlight Giant Australia's complete Liv bike range for 2017. Details on models and specifications for international markets will be released shortly so keep an eye on the blog for updates.

Designed for the enthusiast cross country and trail rider, the Pique sits somewhere between the men's Giant Anthem and Trance. Available in alloy or carbon framed variants, the Pique offers 27.5in wheels and 120mm of suspension travel front and rear. The Pique is pitched as a versatile mountain bike ready for technical cross-country competition or all-day trail rides.

With this new lower suspension design, Liv have been able to improve standover clearance over the old Lust. New wider Boost axle spacing has allowed for increased tyre clearance and a shorter chainstay length. Additionally, the frame is now both stiffer and lighter through a new ‘forged composite’ upper linkage.

Comparing the geometry of the new Pique against the new Giant Anthem reveals some stark differences in geometry. Perhaps most notable is that the Pique quotes a 70-degree head angle to the Anthem's slacker 68-degrees. Generally speaking, a slacker head angle will offer slower steering and improved control on steep descents. Liv's Global product manager, Cassandra Chou, explained. "Since women tend to have less strength of (the) upper body, we make the head angle steeper to be better steering at slow speed and easier climbing."

If you’re currently wondering if there’s a replacement for the Intrigue, there is, it’s called the Liv Pique SX and features a 140mm front fork, wider tyres, shorter stem and wider bars.

For Australia, the new Pique range consists of four models.

The market’s first Enduro bike designed specially for women that rips trails. Other brands offering women’s Enduro bikes are doing so with a change of paint, suspension shock tune and a few different touch points. In contrast, the Liv Hail offers a unique geometry through a specifically designed frame in addition to everything else the others do.

Featuring 27.5in wheels, 160mm of suspension travel and a 66-degree head angle (compare to the Giant Reign’s 65-degree head angle), the Hail looks to offer everything the growing gravity-orientated mountain bike segment demands.

From a technical point, the Hail receives all the same updates to its Maestro suspension system as the new Liv Pique and Giant Anthem/Trance bikes. Forged composite upper rocker link, Boost axle spacing and a Trunnion-mount rear shock all add up to a frame that’s more agile, stiffer and lighter too. In this, the Hail is perhaps a season ahead of the men’s Giant Reign.

For those seeking a hardtail mountain bike, the Obsess Advanced (carbon) and Tempt continue without major changes for 2017, mainly cosmetic updates to be seen. All Liv hardtails use 27.5in wheels.

Not quite a mountain bike, the Brava is Liv’s option for cyclocross racing. Featuring a premium alloy frame, the Brava SLR gets some nice updates in the way of a full carbon fork, thru-axles at both ends, low profile ‘flat mount’ disc calipers and a seat post clamp that’s hidden from the muck.

The Shimano 105 shifting is driven with Shimano RS-505 shifters that link directly to hydraulic disc brakes. Ready for a little racing or lots of commuting, the paint alone on this looks fantastic.

Find out more of the new range by visiting your local Giant/Liv dealer. Find them through our dealer finder portal.