How the Tour de France is Broadcast to the World 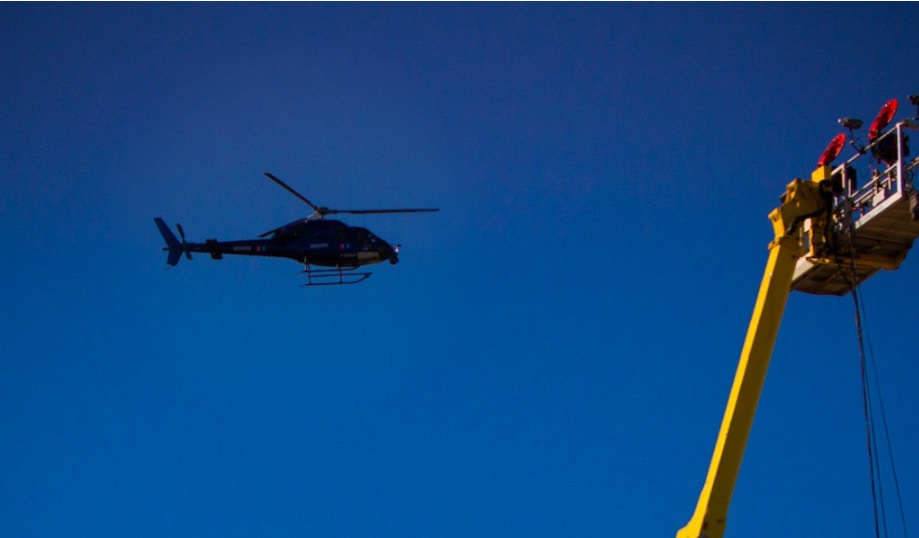 The Tour de France started out as a publicity stunt designed to increase sales for the newspaper l’Auto. Journalists and photographers followed the race as much as they could, filled in the gaps, and embellished the rest into a story of heroism and grandeur. Coverage was largely through writing and nobody knew any different.

The first Tour de France started outside the Café Reveil-Matin in the village of Montgeron. L’Auto reported:

“The men waved their hats, the ladies their umbrellas. One felt they would have liked to touch the steel muscles of the most courageous champions since antiquity. Who will carry off the first prize, entering the pantheon where only supermen may go?”

A century later the Tour de France is a worldwide phenomenon and the third largest sporting event in the world after the FIFA World Cup and the Olympics. There’s barely a moment that we don’t get to see as it happens in real-time. The first Tour de France that was broadcast to television was 56 years ago and it was done by using a motion picture camera and a mobile processing laboratory. Five minutes of coverage would be produced for each stage and it would be broadcast to the rest of France.

France Television and Euro Media France are the two companies at the centre of the host broadcast production. Euro Media France are responsible for the technical solution to bring the on-course audio and video images back to the production rooms. France Television mix and produce the images so the feed can be distributed to licensed broadcasters. France TV also produces their own programming for the Tour de France to show to its audience. I spoke with Euro Media France’s CTO, Mr Luc Geoffroy who was generous with his time to give me a detailed explanation of the technical solution behind broadcasting the Tour de France.

A few stats before we begin to give you an idea of the scale of this year’s Tour de France and its media following:

The technical compound (“Zone Technique”) behind the stage finish area contains dozens of production trailers, generators, support vehicles, catering and more. When set up and running, there is barely place on the ground where hundreds of kilometers of cables aren’t crossing over each other.

At the core of the live race broadcast is the use of five VHF wireless cameras on motorbikes, two journalists reporting from motorbikes, and images captured from two helicopters with Cineflex gyro-stabilised camera systems. The five cameras on motorbikes capture the drama of the race from within while the helicopters cover the race but also capture much of the beauty of the French countryside which is such a large part of the production. At the finish line there can be between 1 to 20 additional cameras in place (depending on the broadcaster’s production) to capture rider interviews and the post-race action. Also new this year is a camera mounted on the Tour de France race director, Cristian Prudhomme’s car.

Images from motorcycle and helicopter cameras are transmitted via VHF links to relay helicopters flying at ~600 meters altitude. The signal is then retransmit from them to aircraft flying at 3000-8000 meters (dependant on weather). These aircraft (some are unpressurised) need to circle very slowly, therefore the turbulence can be highly uncomfortable for the pilots and technicians. If the weather turns bad then the use of the aircraft flying above the clouds becomes integral to the broadcast. In this case the GPS system on each bike becomes very important so that the aircraft can actually locate the motorbikes from 25,000 feet in the air.

Once the signal is sent to the helicopters and aircraft they are then relayed onto intermediate points sitting along the course (trucks which relay the signal onwards). In a typical stage there are two intermediate points. If it’s a very complex course with difficult terrain, there are sometimes three. These intermediate points are needed because stages can be as long as 225kms and the video signals need to be relayed from start to finish. The first intermediate points receives the signal and send it up to satellite. The second intermediate point forwards the signal to the town where the finish line is located via 4 receivers mounted on a crane 50 meters high. The eight camera signals are then decoded at Euro Media France’s OB truck (outside broadcast truck) which then performs some signal processing and minor colour correction to then send onto the France Television’s production truck sitting next door.

As you can imagine, co-ordination of all of the vehicles is very complex. All of the moving vehicles need to communicate their exact co-ordinates to each other via GPS so their antennas can automatically move in sync with each other via motor mounts.

(It’s in French, but a good animation of the technical solution is from 1m50s onwards)

Why not use satellite?

A question you might be asking is why they don’t simply transmit the terrestrial signals to satellite in the first place instead of using relay helicopters and aircraft? It seems the obvious solution, however it’s not so simple. Receiving a satellite signal is one thing. Transmitting to satellite is another.

Satellites cannot be used is because the camera motorbikes and helicopters are constantly moving in and out of obstructive areas and there is approximately a 1% tolerance to aim the transmitted signal to a satellite. One Intermediate Point will transmit to satellite however because it is stationary and a sufficient power supply is more feasible. The other Intermediate Point will transmit the signal via microwave link to the finish line as discussed above.

Because of my previous career as an engineer, Mr. Geoffrey and I were able to geek-out on some of technical aspects of the HF Long Distance system. For all you propeller heads out there, this is for you. If you’re not familiar with technical jargon, skip to the Production section, because there’s some more interesting things taking place there.

Euro Media Group spent three years developing their own modulation technique and chipsets that would deliver the special requirements of broadcasting a moving circus like the Tour de France. Mountains, valleys, heavy foliage, buildings, and multipath require dynamic modulation methods depending on signal conditions. Their proprietary digital modulation technique (based on DVB-T ) uses QPSK, QAM16/32/64 combined with 16 bit time-interleaving over a carrier with 10MHz bandwidth achieving 15Mbps (14Mbps video, 1Mbps audio). It might sound complex, but compared to modern day cellular communications, this is relatively straightforward.

There can be only one video feed that gets distributed to the licensed broadcasters of the race, otherwise there would be hundreds of cameras and multiple sets of infrastructure out on the course. That raw video feed is done by Euro Media Group and then passed onto France TV to mix and create a single feed for the rest of the broadcasters to wrap up in their own production. Pre and post race shows, interviews, commentary, on-screen graphics, advertising, etc. For example, NBC had 75 staff working at the Tour de France and 15 others back at the studio in the US putting the whole production together. In comparison, SBS for the first time had two crews at the Tour with with less than a dozen people bringing you all of their coverage.

Jean-Maurice Ooghe is the production director of France TV for the Tour de France. By his side is Ronan Pensec who watches the multiple camera images in the control room and helps Ooghe and his production team understand the nuances and race situation within the Tour. Pensec, a yellow jersey winner himself, has the intimate knowledge of bike racing so that the viewers don’t miss a moment of the race itself. Inside the France TV production trailer there are as many as 20 ingress camera feeds coming into different monitors (helicopters, motorcycles, multiple fixed cameras, audio) that need to be assembled according to the production plan. The race obviously takes priority, but for many of the people who tune into the Tour de France, it’s not about the bike race. For a wide audience it’s an opportunity to discover the regions of France from the sky.

For each stage a very detailed production plan (or script) is created by Jean-Maurice Ooghe. From January until the end of May Mr. Ooghe scouts the geographic and cultural points of interest within a 10-15km radius of the race route. Castles, lakes, waterfalls, tourist attractions, and celebrations put on by the towns (those large displays in the farmers fields don’t happen by accident). He will then create a shot book so that every church and other landmark they deem worthwhile is in the script. All of these points of interest are also given waypoints so the helicopters follow the shot list and the production plan for each stage.

Back in production trailers for the various broadcasters, commentators such as Phil, Paul, or Matt Keenan are given a Speakers Book which give detailed information about almost every single kilometer near the race route of different points of interest that will be covered. The Church of Saint-Pierre will be shown at kilometer 3.4 of the race (not necessarily along the race route – it could be 15 kilometers adjacent), a waterfall at kilometer 16.3, etc. The commentators see the post-produced race feed with all graphics, commercials, etc and are free to decide how they want to speak to their respective audiences. Summary

As you can see the technology behind the Tour de France broadcast is equivalent to broadcasting a moving AFL Footy Grand Final for 22 days straight. It’s an enormous task that is just about to begin its planning for 2013. The production of the live feed to broadcasters is meticulously planned months ahead of time to meet the needs of many commercial objectives and almost every moment of imagery is scripted. As you can see, there’s much more than a simple bike racing going on behind the scenes.

Want to be in with a chance to win the ultimate Tour de France competition? Click here

This article was originally published on cyclingtips.com in Oct 2012. 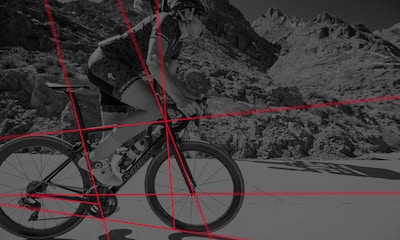