Find a bike shop Blog
‹ back
Home
Blog
Features
To Ebike, or Not to Ebike

To Ebike, or Not to Ebike 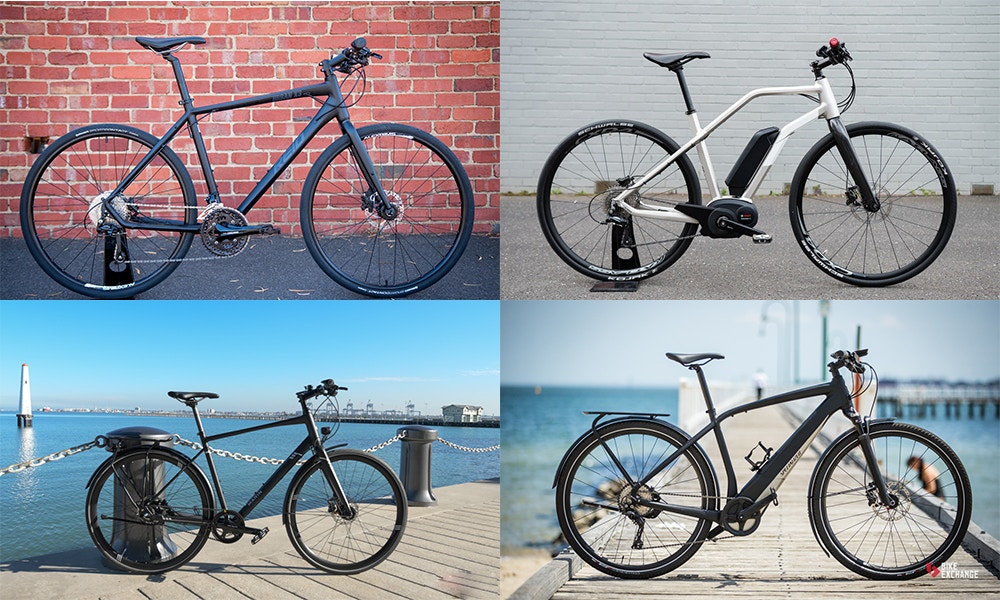 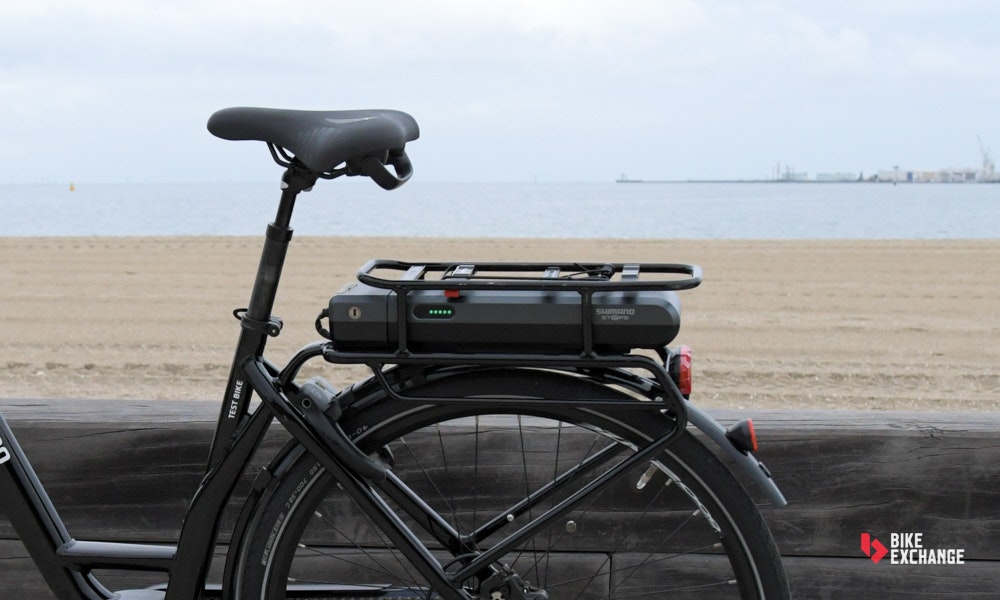 Make no mistake, though, the concept of an ebike (cycling saviour to some, cheat machine to others) has traditionally been a polarising topic, with many falling strictly into one camp or the other.

However, as ebike sales continue to skyrocket on this side of the hemisphere (e-mountain bikes are one of the most enquired about categories on BikeExchange), and with the European Cycling Union now sanctioning them as race-worthy (announcing the advent this season of e-road and e-mountain bike racing circuits) it’s fair to say ebikes are here to stay.

So which team are you on? We explore some of the pros and cons in this emerging bike category. 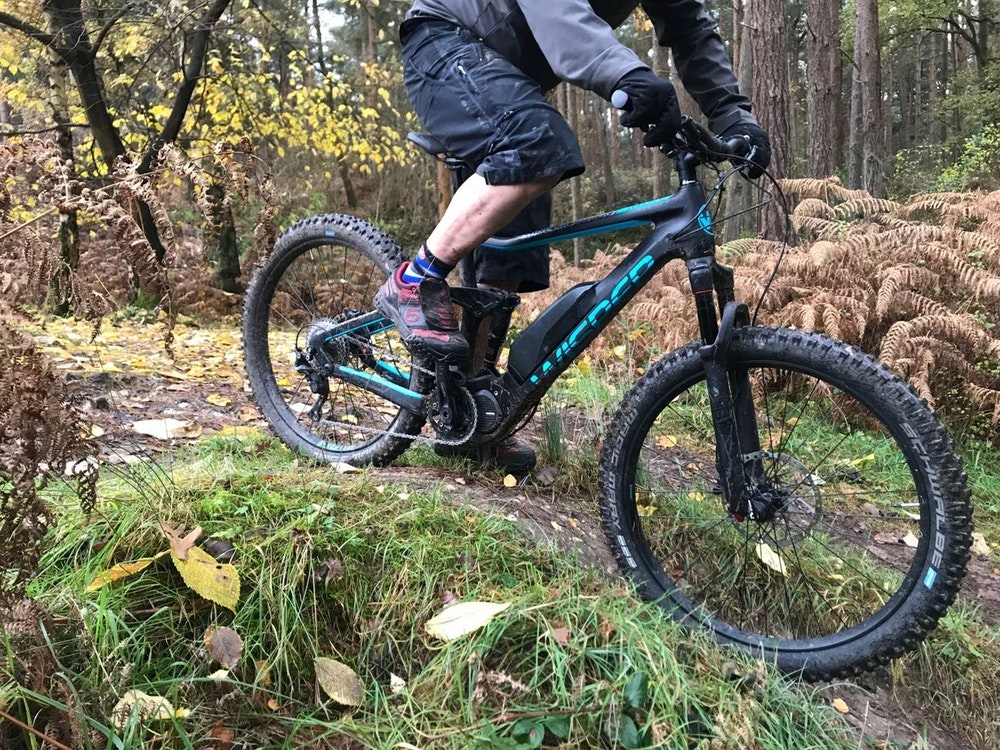 What goes up, must come down

Not every mountain bike park has lift access, and if you’re an avid downhiller then traditionally your time out would likely be weighted to getting yourself up the hill, before the fun really starts. E-mountain biking and its expanding sub-categories are giving downhillers more downtime. Whereas once-upon-a-time you maybe had enough hours to go up and down twice, the e-mountain bike shaves time off your ascent and gets you back to the top faster, so you can do it all again. And again.

What are the best 2019 e-mountain bikes? Check them out here

Ebikes do it better

There’s also talk amongst highly skilled downhillers that e-mountain bikes do it better. With the weight of the motor comes a more stabilised, planted feeling that in turn provides additional grip and a more accentuated feeling of suspension.

Finding fun in the techy ascents

E-mountain bikes can also enable a rider to take on climbing trails they wouldn’t normally go near on a conventional bike, and in so doing improve technique through experience.

Ebike riding is not (that much) less of a workout

“You’re riding an ebike? You might as well get yourself a motorbike!” is a stock-standard quip offered up by purists. But with the category growing, so too does the science and R&D behind it, and it turns out those purists might not have the last laugh.

Researchers from Norway’s Faculty of Public Health, Sport and Nutrition at the University of Agder recently conducted a study to better understand the level of exertion from ebiking compared to traditional cycling. The results raised eyebrows, with participants using an average of 51% of their lung capacity when ebiking, versus 58% whilst cycling conventionally. There’s really not much in that!

Ebikes are a less-confronting segue into cycling

What turns newbies off from giving cycling a go? That their friends are already too fit and they won’t keep up? That the terrain is too much of a challenge and they don’t want to bite off more than they can chew?

Ebiking is the excuse slayer.

A study from Switzerland's University of Basel suggests that when it comes to overweight people, ebikes are just as good as regular bikes at improving fitness. The research indicated that the ebike can increase motivation and help overweight and older individuals to maintain fitness training on a regular basis. Ebikes are indeed the answer to heading out on the bike with someone fitter, faster and/or stronger, and not blowing up trying to stay within one kilometre of their tail.

My own mother is good anecdotal evidence here. She’s always been an avid walker, but never one for cycling. With arthritis setting it, she hardly seemed a contender to suddenly take up the sport until she and her friends booked a holiday in Continental Europe. In an effort to see more than they could on foot, they opted to hire ebikes. They had a superb time together, covering terrain and distances that would never have been achieved walking, and would never have been similarly experienced behind the wheel of a car.

But surely nothing in life is this good? There’s got to be a catch to ebiking? Well, yes, there are a few, actually, but many are surmountable or even at risk of being obsolete. Let’s get our negative on.

Whoops, you forgot to charge the battery, didn’t you?

The sun is at last out, the roads are looking quiet, the birds are singing and this day has your name and biking all over it. But for one major issue - you’ve forgotten to charge the battery.

Now for me, one of the pleasures of cycling is I can to a degree just grab the bike and go. Sure, the longer you’re out the more preparation you need, but it’s that ease and convenience that adds to the charm of the sport. Not so when your battery’s flat as a tack. So now you’ve two options. You either take it out and try lugging it around without any assistance (see next point), or you wait (anything from a couple of hours to half a dozen depending on the battery) for the battery to be charged. Ebikes aren’t for the unprepared.

That’s a lot of extra weight

As any roady will tell you, the question at the point of sale is, “how light is it?”. You can’t really take that same glass-half-full approach with an ebike, although ebikes and batteries are getting lighter and lighter. If your average road bike sits around 17 pounds, or 7-8 kilos, then you’d be looking at double that and beyond for an ebike. The industry continues to bring down this figure though, with designs for example that fit systems into the seatpost, thus driving the cranks directly and shaving off the weight. Besides, most ebikes these days come with a walk-assist feature, so even when you’re not riding them they’re trying to add quality to your life!

Evidently ebikes cost more - you’re paying for not only a bike, but also a motor, a battery, and the more complicated maintenance requirements that these demand. However, again it looks like this argument is starting to lose cadence (ok, that was terrible). Looking on BikeExchange for instance, and currently you can nab yourself a city ebike with 300W starting from €999. Sure, the other end of the spectrum sits at €8,599 but so too do plenty of high-end traditional road bikes. Years ago when ebikes were new, sure they came with a hefty price tag. But those days are gone and the depth on offer, in terms of niche category, quality, weight, battery life and every other imaginable variant, is just as diverse for ebikes as it is for their traditional counterparts.

But really, pros and cons aside, the correct number of bikes to own is N+1. So adding an ebike to your mix is just helping you achieve the right balance. 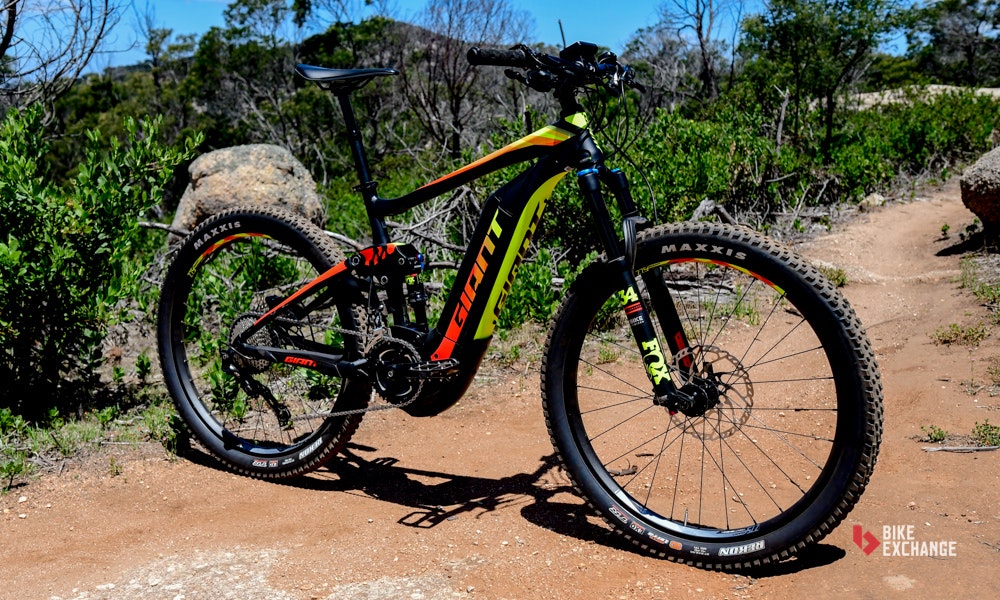 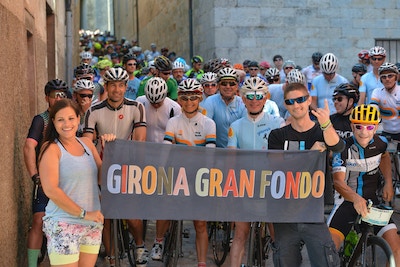 Where's the World's Best Gran Fondo? Not Too Far From Here...

Don't expect to be on your bike from dusk to dawn, but do expect to be wowed by a community, culture, landscape and atmosphere....

We've broken down the intricacies of each category to give you a better understanding of how they're different, and what would be the best mountain bike for you... 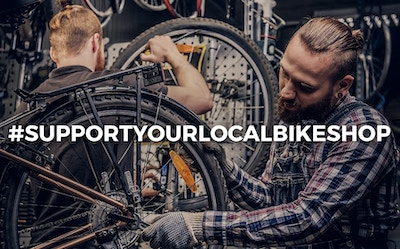 In light of Support Your Local Bike Shop Day, we reflect on some of the many reasons why we shop in store...