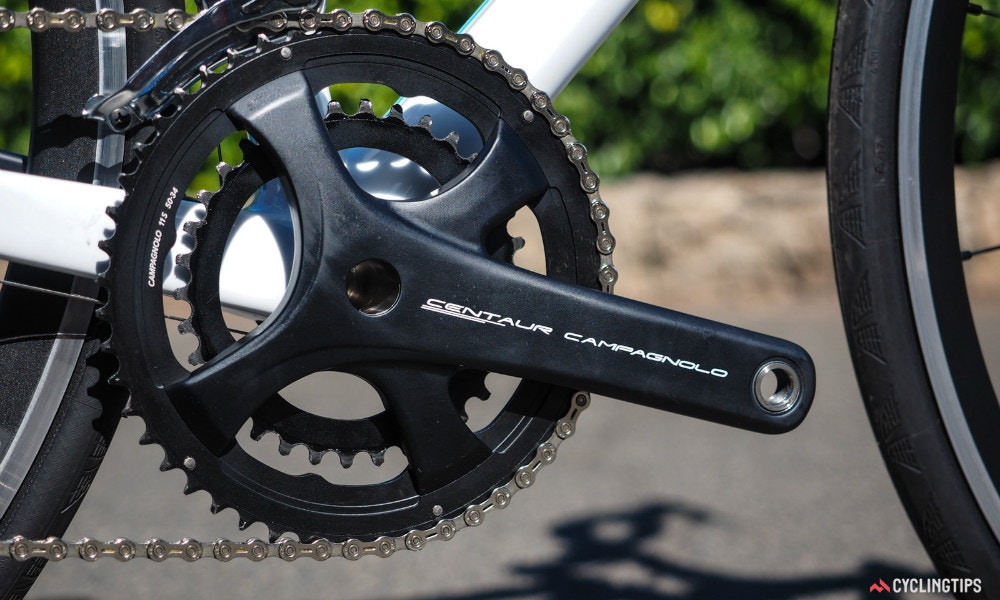 Campagnolo has added some spice to the recreation and entry-level rider market with a new 11-speed mechanical groupset known as Centaur. Long-time lovers of the Italian component company will remember the Centaur name that was removed from the line-up in recent years. The new groupset which draws its name from the mythical half-horse, half-man creature replaces Campagnolo's long-standing 10-speed groupset, Veloce, with plenty of enhancements and modern touches.

We outline the ten key things you need to know about the new groupset.

In March of last year, Campagnolo announced it was replacing its mid-range Athena groupset with Potenza and now it appears its entry-level Veloce groupset is getting the same treatment. Perhaps the biggest move is to all but do away with 10-speed groupsets by making Centaur 11-speed. The upgrade also includes similar features to the mid-range Potenza groupset, such as wide gear range capacity and even wheels to match. It appears the revamped groupset has set its sights on competing with Shimano 105 and SRAM Rival for the entry level groupset crown.

Despite sitting at the bottom of the Campagnolo hierarchy, there are many similarities to more fancied Campagnolo groupsets. Aesthetically, Centaur resembles Potenza which borrows its good looks from Chorus, Record and Super Record. The full Campagnolo range is now somewhat uniform in appearance with a style that's uniquely their own.

As well as looking similar, the Centaur Ergopower levers are basically the same as Potenza's with aluminum brake lever blades, and carbon-reinforced polymer shifter paddles and lever bodies, with virtually the same internals that allows for up to three rear downshifts per lever stroke but just one upshift at a time. Other components such as the cassette are almost identical too, albeit with a different finish.

Campagnolo has responded to the popularity of smaller gears and wider ranges by offering solely a mid-length rear derailleur cage (that is 15g lighter than the “long cage version of its competitor") with linkage geometry adjusted to handle cassette cogs up to 32-teeth in size. Not stopping there, they are only offering three cassette options, all of which are targetted at recreational to entry-level riders looking for easy pedaling ratios with modest power outputs. Riders can choose between 11-29T, 11-32T, and 12-32T cassettes.

A huge plus for those that like to tinker with their bikes or ride a wide range of terrain, is that the four-arm crank design features direct mount chainring interfaces and common bolt patterns, which mean you can fit every chainring size should you so wish. As the Centaur is targetted at recreational and entry-level cyclists, its chainrings options include the traditional compact 50/34 and the popular semi or mid-compact 52/36, a standard 53/39 chainring option is not available, although you could fit them from another groupset if you wanted.

The new Centaur chain is a bit heavier than the 11-speed chains used elsewhere in Campagnolo’s range but is also said to be more durable with less material milled away on the side plates. And it's worth noting it's still lighter than Shimano 105 and SRAM Rival chains.

As progressive as some of the Centaur upgrades have been, one thing that is lacking is a disc brake version. Campagnolo recently announced the option for hydraulic disc brakes across the Super Record, Record, Chorus, and Potenza families, which now leaves Centaur as the lone rim-brake-only groupset in the range. Dual pivot brakes are used front and rear, with forged aluminum construction and a new pad compound that Campagnolo says will eventually permeate the rest of the line.

Below is a comparison of the three major players (Campagnolo, SRAM and Shimano) and their entry level groupsets in terms of weight. As you can see, although individual component weight varies, as a whole, there's only 116grams separating them.

Not content to launch a new groupset, Centaur has matching wheels called 'Scirocco'. The welded-and-machined 35mm-deep aluminum rims now grow in internal width from 15mm to 17mm to better suit the 25-28mm tyres more commonly in use these days. Weight has gone down from the previous version, from 1,725g per set to a more competitive 1,654g (without skewers). Other features include Campagnolo’s trademark G3 triplet-style spoke lacing, adjustable steel bearings, bladed stainless steel spokes with aluminum nipples and machined Campagnolo-specific freehub bodies.

To get a more detailed description and ride impressions of Campagnolo's latest release, check out the comprehensive article on CyclingTips. All images courtesy of James Huang and CyclingTips. 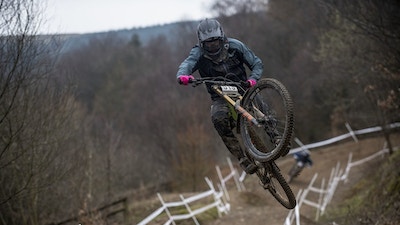 We catch up with competitor Liam Wolfe ahead of this year's Round 1 of the IDMS. ...