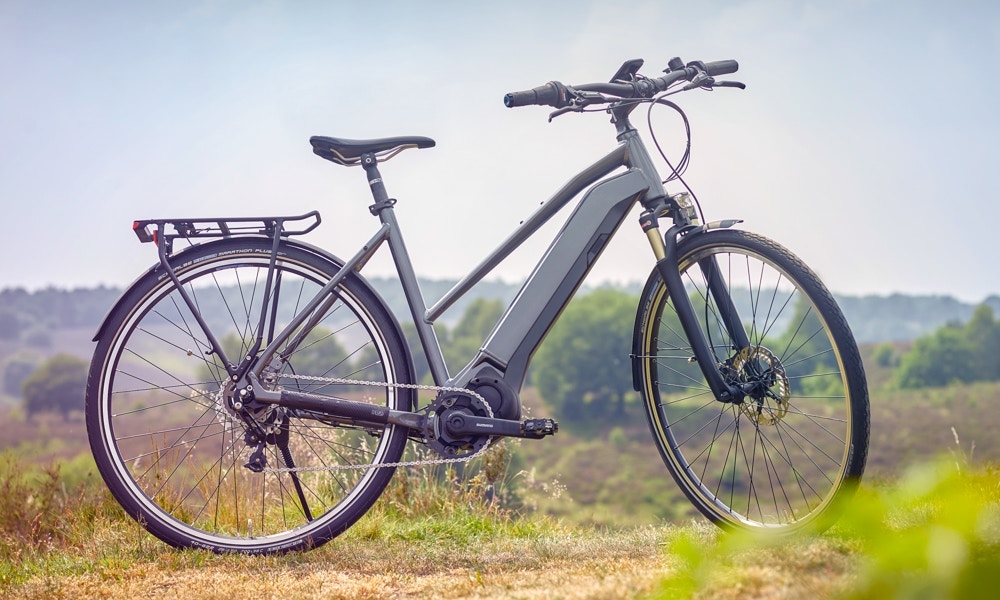 After entering the e-bike market in 2010 with the first iteration of its STEPS electric bike drive system, Industry giant Shimano has released the second refresh to its hugely popular drive system in the form of STEPS E6100.

Featuring a host of refinements and improvements including increased output, weight savings and an all-new e-bike specific internal hub, read on for nine things to know about the over hauled Shimano E6100 e-bike drive system.

With the sharp rise in popularity of e-bikes of all persuasion, two key manufacturers have emerged as market leaders in proprietary drive systems, Bosch and Shimano. With the release of E6100, Shimano arguably moved the ledger in their favour. Unveiling a host of new technological advancements all aimed at providing the rider with the most refined and dynamic e-bike experience possible. 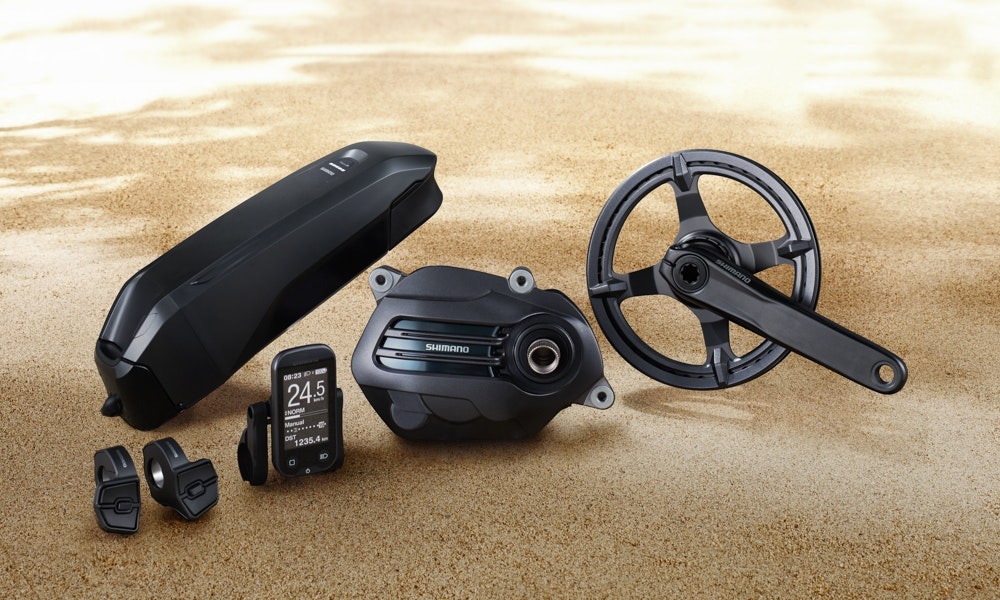 With the release of E6100, Shimano has unveiled not one, but two different drive systems for manufacturers to choose from, City and Trekking.

Both options come with a range of crank options, including a 170mm option for added ground clearance. . For added versatility, a choice of either 38T or 44T chainrings are offered, allowing riders to adopt a gearing set-up to suit their local terrain. Specific to the City drive unit, there’s an integrated chain guard to keep your work pants clean.

The Japanese company has also unveiled an all-new battery option to work with the updated E6100 drive system. This new 418Wh battery features a compact design, fast-charging ability, and looks to provide a similar range as the outgoing E6000 504Wh battery. The E6100 504Wh battery also see’s an update, with refinements made boosting range and reducing the overall size of the battery. 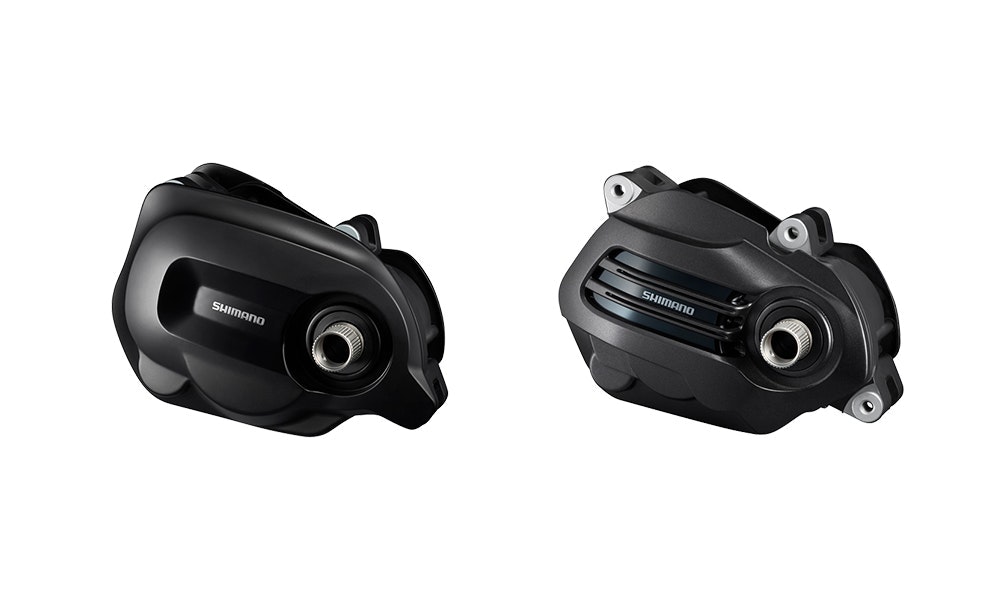 Along with the all-new compact styling of the battery systems, range has been boosted by a claimed 20%. This is said to provide riders with up to 180 km of supported travel on a full charge.

Given the already impressive battery life we’ve experienced with the existing Shimano STEPS drive systems in the past, this is sure to provide riders with ample energy for all of their commuting and riding needs.

The drive units see increases in both maximum and nominal output, with the refined units now capable 500 and 250 watts respectively. Additionally, the new drive units take on a sleek new aesthetic, with a compact new design that shaves around 210 grams off the total weight, bringing the net weight down to a claimed 2.8kg. The updated design shares a similar look to the E8000 E-MTB drive system. 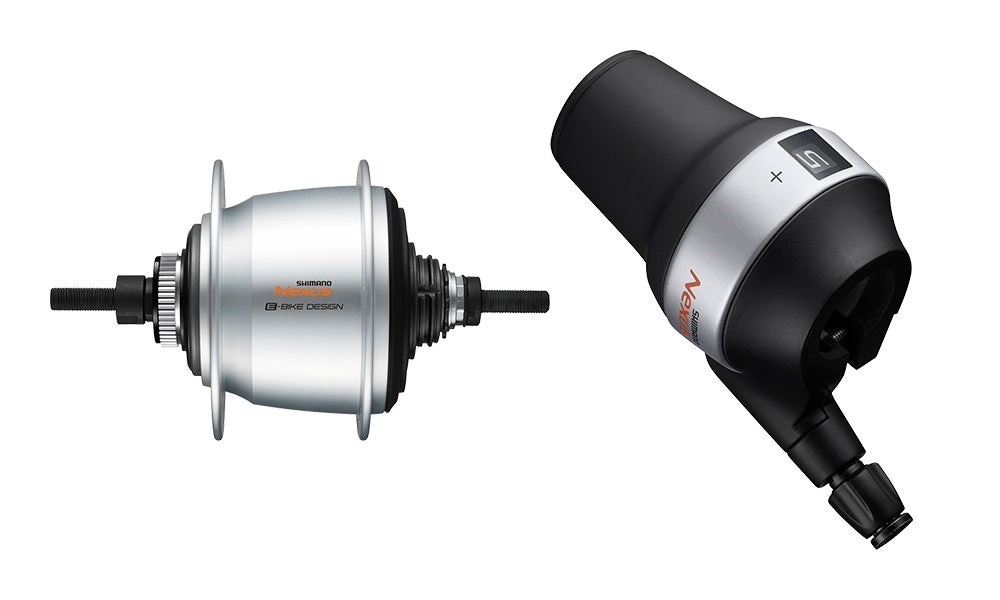 In conjunction with the release of E6100, Shimano has released a new Nexus Inter-5E internal hub, specifically designed for e-bikes. The Inter-5E internal hub is available in both mechanical and electronic shifting options and is claimed to have strengthened internals to cope with up to 60 Nm of torque. This should provide riders with smoother shifting when riding, regardless of the assistance setting. 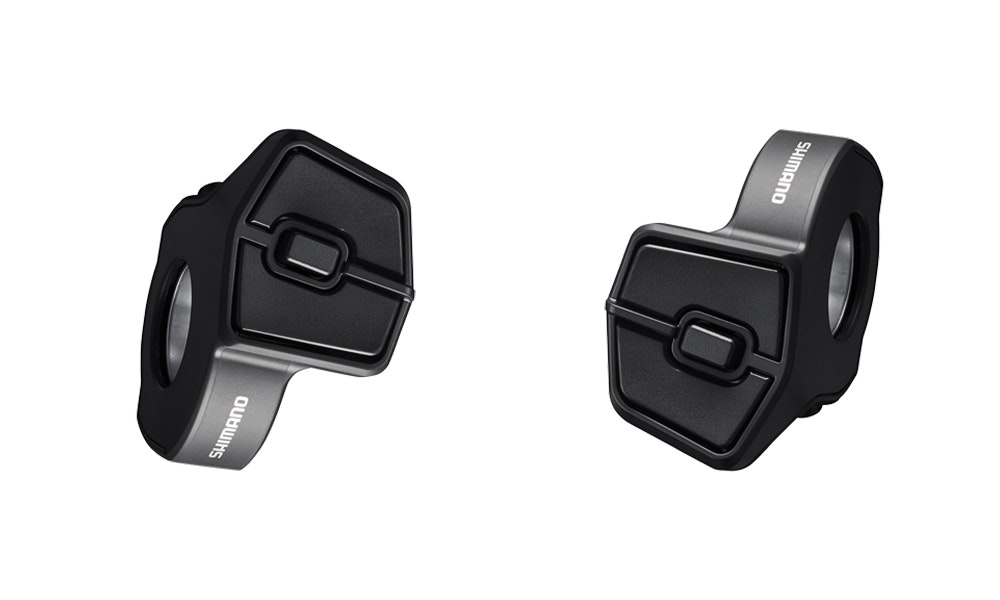 Already simple to use, the controls for the STEPS drive system have been further refined, boasting increased adjustability and improved ergonomics. The left-hand remains in control of switching between the support modes and enabling walk-assist, whilst the right-hand switch controls gears on Di2 enabled internal hubs or equivalent shifting. 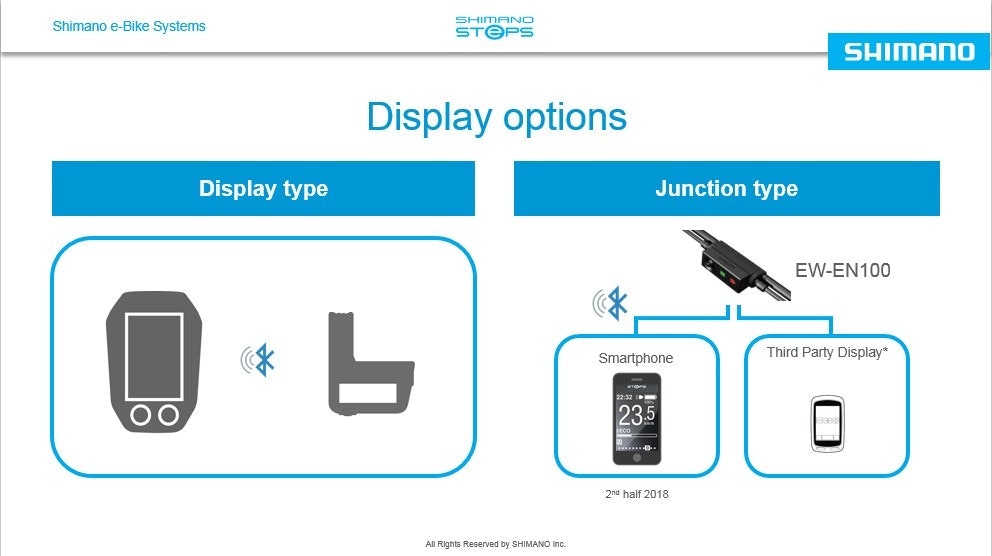 With E6100, users can now choose how they want their e-bike data displayed. The Shimano bar-mounted display carries over from E6000, however, there is now an option for riders to display metrics on their 3rd party cycling computers via Bluetooth, or on their phones via the E-Tube Ride application.

Intrigued by e-bikes and want to learn more? Our comprehensive buyers guide has all you need to know about these efficient and easy-to-use steeds. 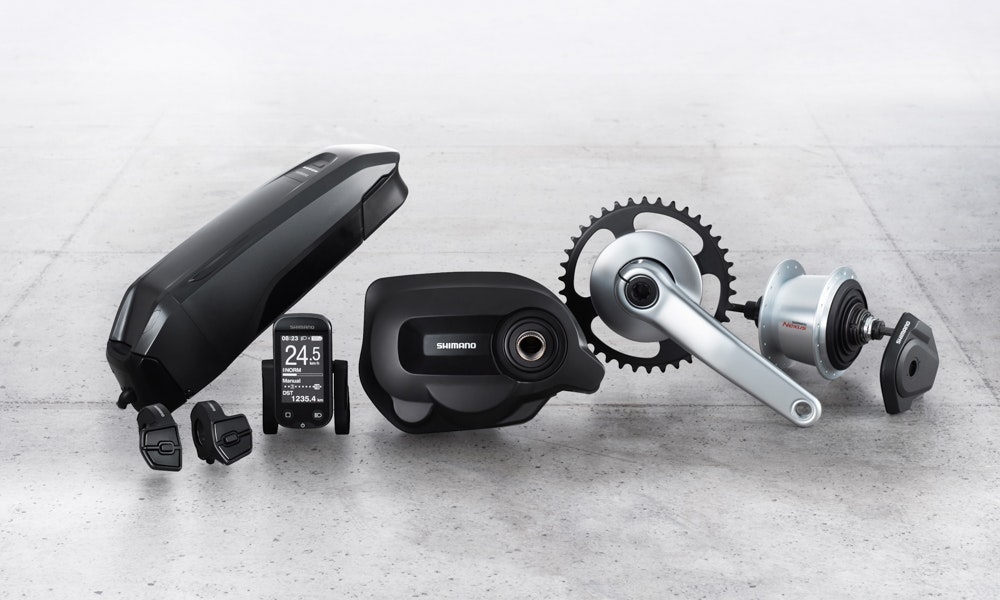