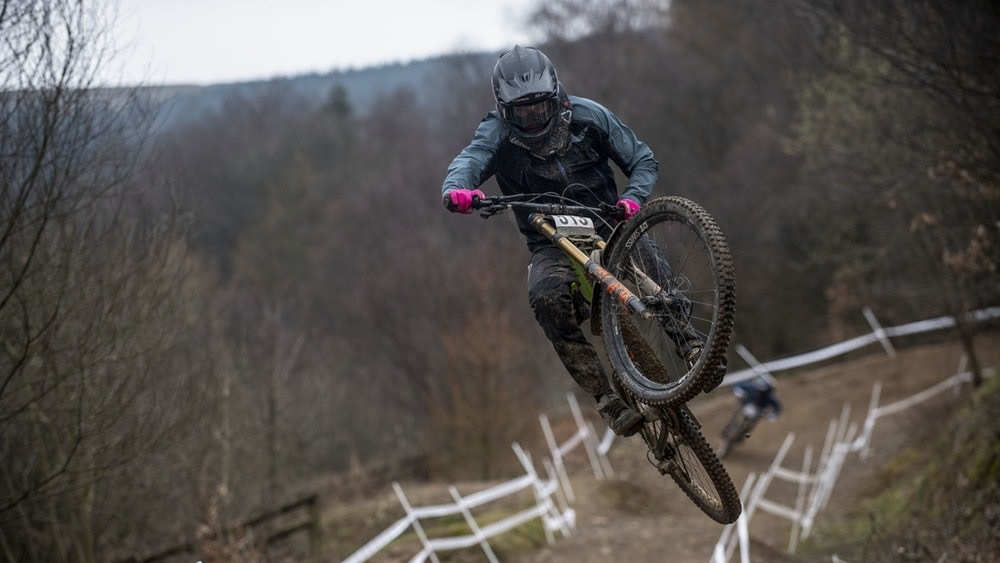 This year's Irish Downhill MTB Series (IDMS) kicks off on April 13th and 14th. Organised by Gravity Bike Club and to be held in Carrick, Wicklow, this will be the first of five awesome rounds of racing. We caught up with Liam Wolfe ahead of Round 1. 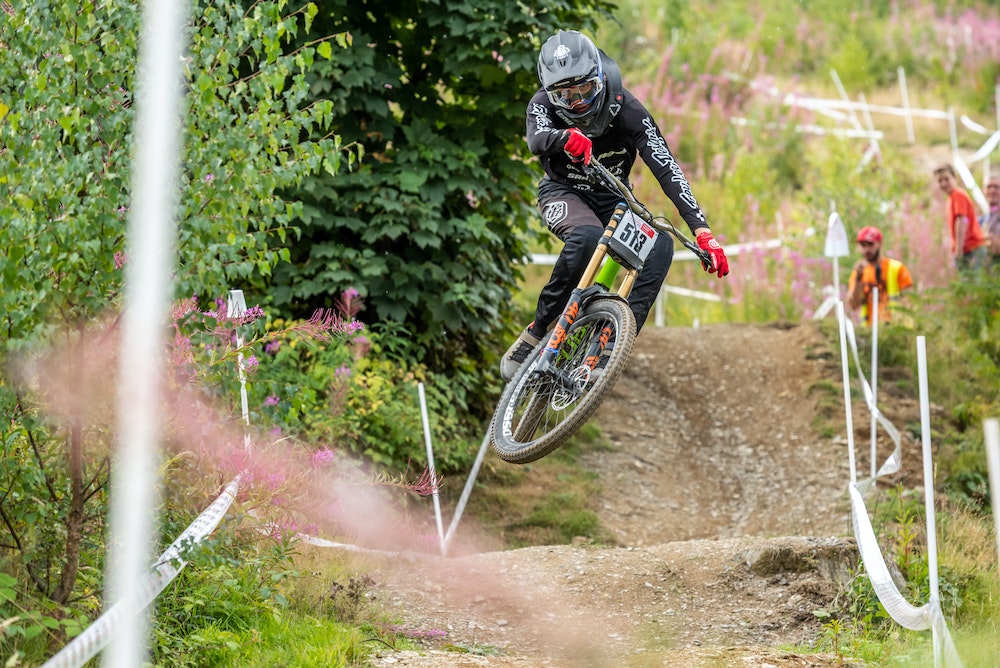 How long have you been MTB/Biking for?

I have been riding a bike as long as I have been able to walk. I started Mountain Biking when I was about eight and eventually started racing at 12.

What got you into the sport?

My neighbour Ronan Gahan and I used to go mountain biking with his dad up in Ticknock and other local spots. We took every opportunity to be outside building jumps around our estate and riding. I got into racing after watching my two cousins Daniel and Gerard race the 2011 National Championships in Carrick and thought it was crazy. It was something I hadn’t seen before and was hooked from there. 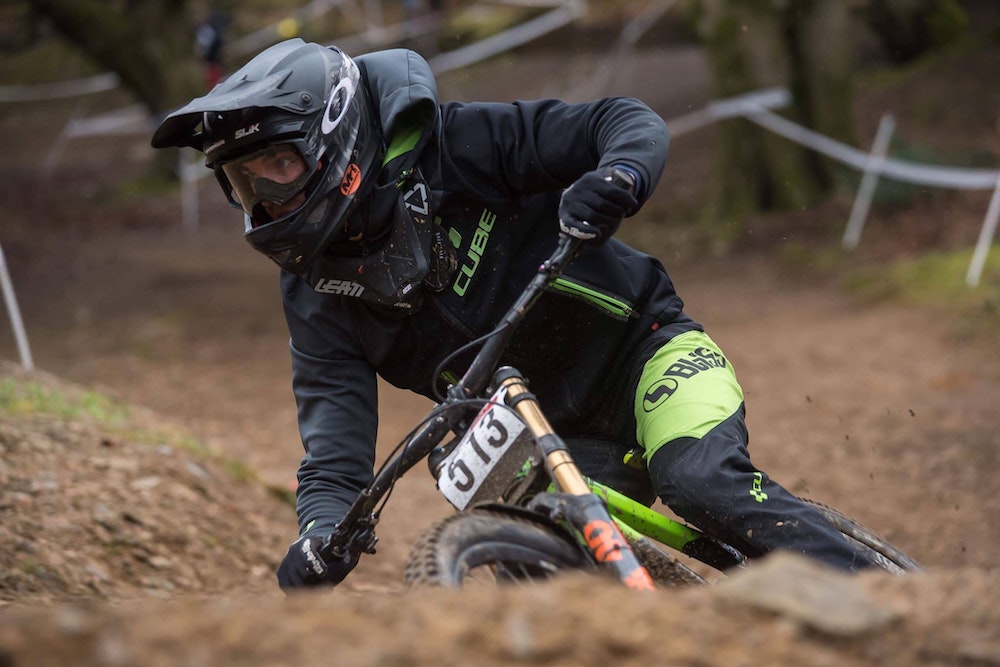 What are your plans/ ambitions for the sport?

I’m just taking it year by year trying to improve myself as an athlete, be that with fitness or my riding ability. I would love to eventually be able to earn a living from riding my bike. If that’s in racing or through social media either way I would be happy.

What bikes do you ride?

I’m fortunate enough to have been supported by Cube Bikes the last two years. I ride a Cube Two15 DH bike and a Cube Stereo 160. Both bikes are equipped with WTB tyres, saddle and grips, FSA bars, stem, cranks and wheels with a Mudhugger mudguard.

What part of your bike set up are you most picky about?

Brake position and suspension settings! Once those two are set up how I like it the bike is ready to go.

I’m excited to try out a 29 DH bike for this year. I think it’ll suit my riding style a lot more and hopefully I’ll win some races. I can’t say which I prefer just yet! 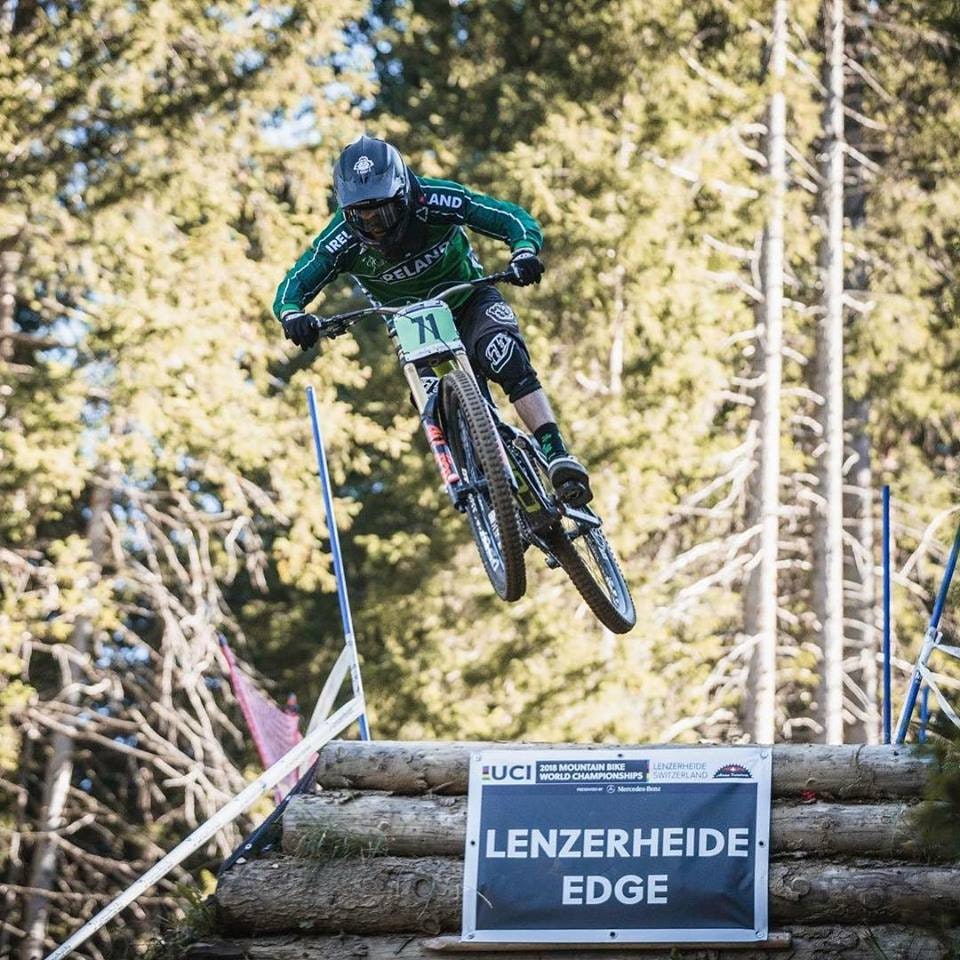 Who do you look up to in the MTB World?

Troy Brosnan is probably my biggest idol in the sport. I grew up watching all the Specialized World Cup videos as he progressed into elites. His riding style is something I admire and try to copy in a way. He is super smooth and precise, which I think I have taken on in my riding.

Where is your favourite local riding spot?

Ticknock Mountain Bike trail centre would have to be my favourite. There is such a large variety of trails up there. With all the natural trails combined with manmade stuff, it’s hard to get bored.

Where is your favourite Downhill Track and why?

Fort William takes the win for this one. It’s one of the most iconic downhill tracks in the World and there’s a reason for it. I love how fast and rough the track is with the motorway jumps to finish off. It’s not the most fun to race just because of how physical it is, but riding there is super fun. I’m looking forward to racing the British Downhill Series and World Cup there in the next few months.

What are your top 3 Downhill tracks not yet visited?

My top 3 would have to be the Andorra World Cup track, Whistler A-Line and Schladming.

What Irish bike stores do you support?

The Bike Rack Dublin is my local bike shop where I’ve been going for years. It’s a popular shop for most who live in South Dublin. It has everything you need and has been supporting the Mountain Bike scene in Ireland for longer than I’ve been riding. I can’t really see myself dropping my bike in anywhere else!

Do you belong to a bike club?

I’ve been apart of Gravity BC for a good few years now. It’s a great club to be a part of and a lot of the top riders from Dublin are in it. They organise all sorts of events for members and others. My favourite is the Tuesday evening summer downhill league. I remember when I was in Secondary school being overly excited on a Tuesday knowing I was heading to Leadmines that evening for some racing with everyone.

Talk us through some races in which you’ve competed

Last year I raced the World Championships in Lenzerheide which was the biggest race I’d been to. I finished 39th after some mishaps in my race run, not the result I wanted but it was a great experience. I also raced the European Championships the year before in Sestola and finished 24th. That was my first race abroad apart from the UK, which was intimidating. I have raced a lot of British Downhill events as well; my favourite venues being Fort William, Llangollen and Bala. I think my best result was around the top 10. 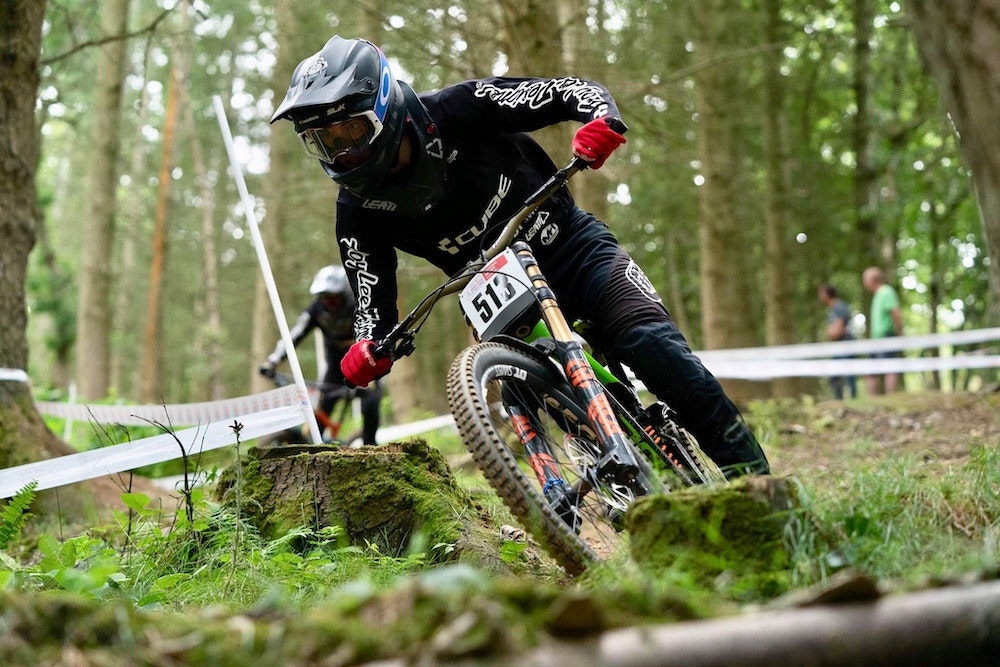 How many Irish DH Series have you competed in?

I did my first race in 2012 at Rostrevor on my Ghost hardtail and came close to last. I’ve raced most of the series from then till now so this year will be my 7th year racing the Irish Series. I always enjoy coming back to the Irish races as the atmosphere and craic had is unbeatable. It’s nice to go to a race where there isn’t so much pressure and just have fun riding with all my mates.

The first round of the Series this year is in Carrick, Wicklow and is being organised by Gravity BC. The track they are using has had a lot of work done to it and from what I hear is riding incredible. There is a mixture of everything from jumps, rock gardens, fast sections and steep technical sections. In my opinion it’s one of the best tracks in the country and is a challenging one to race. The end section coming into the finish is spectacular to watch as its super steep and technical. I can’t wait to start my season at such a sick track. So get signed up everyone!

What are your thoughts about the Irish MTB Scene?

The MTB scene in Ireland is growing rapidly and I think in the next few years it will be bigger than ever. The Downhill Series has had its rough patches with low entry numbers, but I think that Downhill is starting to make a comeback. There are some talented younger riders who are bringing some excitement into the scene.

What are your thoughts about specifically the DH scene here?

I think Ireland has some truly talented riders, but with the lack of support it’s hard to bring riders up to a World level. To go and compete with French or British riders who have full support from their national federations with frequent training days and other facilities available to them is hard to beat. We now have Irish Downhill training days thanks to Mark Dickson and Shay Fitzpatrick, which I think will bring Irish Downhill back onto the World Cup scene. It may take a few years, but it’s great to see some effort being put into Downhill again.

What’s next for you in the MTB sense?

I have a busy year ahead of me! I’m racing three or four World Cups, four British Downhill Series, three Irish Downhill Series races and all going well, the World Championships in Canada at the end of the year. I can’t wait to get back between the tape after a long winter of training.

Huge thank you to all my sponsors for all their ongoing support. I’m fortunate enough to be involved with such amazing companies such as Cube Bikes, Troy Lee Designs, WTB, FSA, Viris Brand, Mudhugger and AllMountainStyle. I’m so excited to get my new Race bike built up and get out racing in all my fresh new kit!! 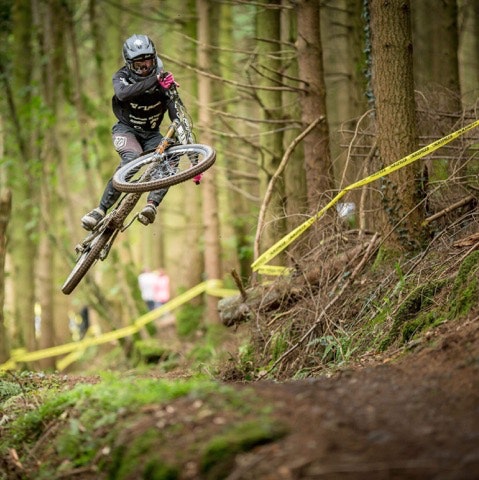 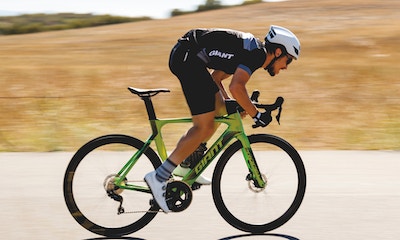